Bedouin businessman Yaakub Abu al-Qiyan, who ran to the Knesset on Moshe Yaalon’s Knesset list, was charged on Monday with contacting a foreign agent and passing information to the enemy, after being activated by Iranian agents through an Iraqi mediator to pass on information about Defense Minister Benny Gantz.

He was arrested on June 10, and in the first 20 days of his arrest, the Shin Bet did not allow him to meet with his attorney. His indictment reads: “The defendant knowingly had contact with a foreign agent for Iran, and has no plausible explanation for this. In addition, the defendant knowingly provided information to the enemy.”

The indictment reveals that an Iraqi businessman contacted Abu al-Qiyan in 2019 and told him that people in Tehran wanted to meet him. Abu al-Qiyan had been passing on information about Gantz but did not meet with the Iraqi man or the Iranians because of a travel restriction order against him due to his financial debts.

Abu al-Qiyan is close to many Israeli politicians and is considered one of the wealthiest businessmen in the Arab sector, although his investigation revealed that he is in financial trouble.

Needless to say, Ya’alon’s Facebook post has received on Monday suggestions about what his Bedouin pal has been doing with those ten fingers of his…

Regavim CEO Meir Deutsch, whose movement has been battling illegal Arab and Bedouin expansion in Israel, issued a response on Monday, saying, “The fact that Abu al-Qiyan, a wealthy millionaire who is close to senior figures in the Israeli economy, passed on information to Iranian elements, is proof that the growing nationalism in Bedouin society is not related to gripes about poverty and status, but to nationalistic and dangerous attitudes. It’s the result of the state of Israel burying its head in the sand, and it must pull out promptly.” 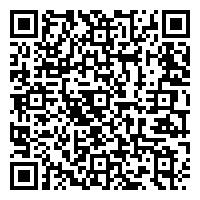