If you are an Israel friend or foe, your social media feeds were probably taken up with the recent UNESCO decision that the Temple Mount, Jerusalem and the Western Wall have no connectino to Jewish history.

The anti Israel crowd were probably applauding the decision while the pro Israel crew were either laughing it off or seriously ticked off by it. Personally, I certainly belong to the second category, but when I heard the decision, I stood up and started applauding it. Why you ask? So happy you did!


No, I don’t agree with this ludicrous, historically fabricated, Islamic terror apologetic UNESCO decision, but for those of you who were surprised or even in the slightest bit disappointed by UNESCO, it’s time to wake up!

I am not applauding UNESCOs decision because I agree with its content, I am applauding it because this UN organization has finally unmasked its real intent.

Can you see it?

It’s one thing to create a national Arab identity based on a fabrication of history, it’s another to try to delete real Jewish history in the land of Israel, in Jerusalem and on the Temple Mount.

Let’s forget about the fact that the Torah, New Testament and the Quran clearly calls the Land of Israel a Jewish homeland and let’s ignore the fact that the Islamic Al Aqsa mosque was originally called BAYIT AL MUQDAS (Translated literally as; Built on the Temple!)

Let’s make believe there is no actual depiction of the Roman empire ransacking Jerusalem and stealing the vessels from JEWISH Temple that existed in Jerusalem long before a religion called Islam was born!

Let’s ignore the fact that Muslims face Mecca in prayer and stick their backsides towards Jerusalem, while the Jews always and only face Jerusalem.

Let’s ignore all those pesky facts and still make believe the UNESCO decision has something to do with countries fighting for human and civil rights.

Here is a list of the countries that voted for the UNESCO decision to delete any Jewish connection to Jerusalem, the Temple Mount or the Western Wall.

I gave you the countries that are officially Muslim or have a majority population of Muslims, can you point out which one of these countries have a full democratic government?

The only thing that happened in the recent UNESCO vote is the masks came off. The only people who were surprised about this vote are those who built themselves a fantasy world where the enemies of Israel are actually interested in peace.

The only people upset about this vote are leftists who convinced themselves of some kind of Alice in Wonderland reality where the radical Islamic queen will not cut off their heads if they just give them some land.

The only question that remains is; do the liberal leftists in the world have enough sanity left to actually deal with reality or will they cling on to the fantasy world they built for themselves?

Thank you for having the courage to stand up and vote NO to this total fabrication of history and poor excuse for Islamic terrorism. Can you do me a favor?

Now that you admit Jerusalem has strong historical, religious and national connections to the Jewish people,

would you be so kind to move your embassy to Jerusalem and stop deleting Israel when it comes to Jerusalem!

You are a great statesman and thank God you are Prime Minister and not the left wing representatives. You seemed to be very upset with the recent UNESCO decision and sent out several humorous yet angry tweets over the decision.

If we make deals with terrorists and behave as if we owe something to those who have attacked us time and time again, you cannot blame the world for such stupidity, let’s stop making believe we are the bad guys, shall we! 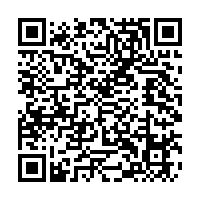