Many Muslims students in several French classrooms refused to stand up and participate on Sunday in a ceremonial minute of silence in memory of the victims in three murder sprees by radical Islamists in Paris last week.

Several Muslim students who had the decency to stand in solidarity against Islamic terror paid for their humanity by being beaten up by fellow Muslims.


Students in one 6th-grade class, referring to a cartoon linking the Prophet Mohammed with Islamic terror, told their teacher, “But you do not understand the Prophet [Mohammed]; they should not have to draw it.”

Approximately 80 percent of Muslim students in one class refused to stand in silence, and several of them suggested conspiracy theories to reject the idea that Muslims carried out the murders.

A radio call-in show broadcast comments by teachers that most Muslim students said they are loyal to Islam above allegiance to French values of equality and freedom.

An anti-Muslim backlash also has been noticeable in France, with several mosque desecrated in more than a dozen cities. However, the refusal of Muslim students to condemn the murders of four Jews at a kosher deli, and the slaughter at the offices of the satirical Charles Hebdo magazine underlined the problem for French President Françoise Hollande to convince citizens not to link Islamic terror with Islam.

A large number of Muslims stood with Jews and Christians at the rally, but the glaring difference between them and the rebellious Muslim students is age.

It is very reassuring to read foreign wire service reports that a 60-year-old Muslim shopkeeper stood at the rally with a hip Jewish singer, but many Muslims against terror are scared of the radical fundamentalists, most of them in the younger generation.

“I didn’t want to leave the house, I was mostly scared of retaliation,” said “Mohammed,” a secular Muslim.

The Committee against Islamophobia termed the Israeli leaders as “criminals.”

Below, French teachers tell a French radio show, with English sub-titles, what their Muslim students think of standing up against Islamic terror. 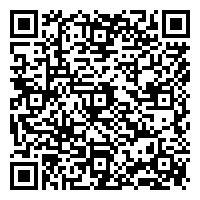