SDEROT – As the Security Cabinet continues to deliberate a unilateral ceasefire in Gaza, residents of the missile-battered south say a ceasefire now would only prolong their trauma.

Three weeks into Operation Protective Edge, central Sderot has too-easily into a familiar wartime footing. Although Tuesday morning was “quiet,” with no Code Red sirens between 10 am and noon, there were few pedestrians in the downtown shopping district. Many shops were closed, and virtually all the ones that had deigned to open were empty. At one downtown falafel stand, five middle-aged men sat around an empty table on the sidewalk, talking while trying not to watch the TV news, which was alternating between ongoing Israeli attacks on Gaza and military funerals around the country.


But depute the economic trauma the war has caused to towns like Sderot around southern Israel, the men were united in their belief that it is too early to end the offensive against Hamas. It’s a theme that has animated conversation here during each military flare up in recent years.

“If you end the war now, Hamas wins,” said Yoram Alfassi, the owner of the falafel joint told this reporter in 2008. “We’ve been living with this reality for years, it’s enough already. There have been bad times and worse, but it’s been ongoing for years. If we don’t finish them off now, you can bet there will be another round of fighting, and that Hamas will be stronger the next time around.”

In hindsight, Aflassi’s words were prophetic. Although he no longer owns the falafel stand, the men sitting there Tuesday say the IDF made a mistake then, and in 2012, by accepting a ceasefire instead of dealing a “death blow” to the terrorist organization. Even worse, the men agreed that the discovery of an entire network of cross-border tunnels was far worse than they’d imagined. It was a sentiment echoed at communities around the region.

“Everybody knew there were tunnels under the border, but nobody thought it was this bad,” said Orly Schecter, a resident of Kibbutz Mefalsim, halfway between Sderot and the Gaza border. At the end of the day, the rockets are scary, but unless they score a direct hit, the Qassams don’t usually hurt people. The tunnels are a game-changer,” she said.

Asked how she would define an Israeli “victory” in the current operation, Schechter said simply, “when they cant’ fire rockets and can’t dig tunnels anymore. That’s how you’ll know we’ve won. If we stop any earlier than that, it will be only a matter of time until the rockets are flying at us again.

“It’s a crazy thing to say – we’ve been living for the past three weeks with constant noise – not only rocket sirens, but also the hum of drones overhead monitoring the goings-on in Gaza, and especially the explosions of our artillery and tanks firing into the Strip. We can hear them from many kilometres away, but some of the tanks fire right outside the kibbutz. It’s loud enough that it makes the entire kibbutz shake.

“But it’s really important to understand that we are strong, and that we have the strength to withstand these attacks until the IDF finishes the job. Our people who need some time away from it all have left the kibbutz, either for three-to-four day jaunts or for longer. Most people take a few days, then come back. We’re thankful that so many people and groups, like other kibbutzim, have come onboard to help us out by hosting us, opening tourist sites to us for free and more.

“But ultimately, this cannot go on indefinitely, and Hamas has proven that it will not honor any deal of ceasefire with Israel in the long term. We have to finish them off once-and-for-all. Otherwise, all this was for nothing,” she said. 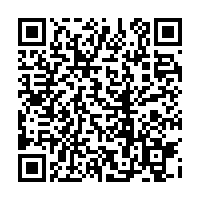