“When Palestinians send their kids to act in this school play no wonder their kids committ (sic) attacks when they’re older” Gendelman tweeted. More to the point, who hires the teachers who write and direct these plays? Where do they get their material, and are they researching it online in Da’esh websites?

Similar plays and festivals have been broadcast on children’s television programs in Gaza as well as in the Palestinian Authority-controlled areas of Judea and Samaria for decades.

But even those programs have become increasingly cold-blooded and brutal over the past five years — indicating the increasing influence of Da’esh (ISIS) in the region.

The fruit of those past efforts ripened and was borne out this past October with the spontaneous eruption of the deadly wave of terror that burst against Israeli Jews — and some Arabs — perpetrated to a great extent by attackers who were age 21 and younger.

These are the children who grew up in the generation nurtured in the all-encompassing environment of schoolbooks, television programs, summer camps and public venues all devoted to the glorification of death, so-called “martyrdom” in the cause of murderous terrorism against Israel.

How deadly will the next generation be? 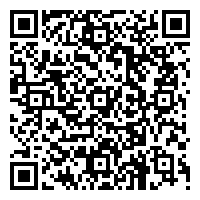