Another Hamas terrorist tunnel has collapsed in Gaza, killing at least two diggers and possibly more.

The Izz a-Din al-Qassam military wing of the terror group announced late Monday that 22-year-old Ahmad Asa’ad Shihada al-Barim, one of its fighters from Khan Younis, was among the dead when a “resistance tunnel” caved in.

The term “resistance tunnel” indicates those built between Israel and Gaza, according to the report by the Palestinian Authority-based Ma’an news agency.

In a separate item, the Palestinian Information Center (PIC) announced Monday that a local worker, Mumin Abu Hamid, was killed when Egyptian forces flooded a smugglers’ tunnel beneath the border with Gaza.

Also this week, Hamas has announced that senior Izz a-Din al-Qassam commander Yahya Sinwar, head of the most extremist faction of Hamas, has been elected to head the Gaza-based terrorist group. Sinwar, 55, received four life sentences from an Israeli court for attacking and kidnapping Israeli citizens, only to be released in the 2011 prisoner exchange deal to free former IDF soldier Gilad Shalit from captivity in Gaza.

This is the first appointment to the top job of a man from the military arm of Hamas. Sinwar replaces Prime Minister Ismail Haniyeh, who is expected to replace Khaled Meshal, head of movement’s politburo. 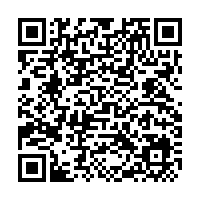