Yahya Sinwar, 55, head of the most extremist faction of Hamas, who received four life sentences from an Israeli court for attacking and kidnapping Israeli citizens, only to be released in the Gilad Shalit deal, was elected leader of the terrorist group on Sunday. This is the first appointment to the top job of a man from the military arm of Hamas. Sinwar replaces Prime Minister Ismail Haniyeh, who is expected to replace Khaled Meshal, head of movement’s politburo.

According to Israeli media, appointing Sinwar is a signal that the two and a half years of calm along the Gaza border will soon be over. Sinwar believes in an ongoing conflict with Israel, to keep the Zionists on their toes. He actually opposed the Shalit deal that gave him his freedom, because he felt it was a surrender to Israel. He organized a prisoners’ revolt during the Shalit deal negotiations which landed him in isolation – up to the last-minute before his release.


Since his release, Sinwar has been murdering suspected collaborators and pushing back representatives of the Palestinian Authority in the Gaza Strip. He has also forged a pact with ISIS forces in the northern Sinai. Witnesses say the Gaza Arabs are scared of him, more than anyone else.

His expected strategy, according to a Ma’ariv report on Monday, is to launch a grand-scale terror attack which would force Israel’s hand, then go underground and let Israel do its worst. Which makes Sinwar the topic of many conversations in Israel’s security apparatus, over the growing need to assassinate him. 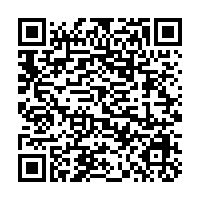