The Islamic State (ISIS) may be gaining a foothold in the Gaza Strip, as reports continue to emerge of Gazans joining the terror regime to fight in Syria and Iraq.

A number of Gaza residents have died in recent months while fighting for ISIS in Syria and Iraq, reports Vocativ. The New York-based news agency cites Islamic State web forums and social media accounts in reporting that the Gazans recently killed were part of Ansar Beit al-Maqdis and Ansar al-Dawla al-Islamia, Sinai-based affiliates of ISIS. Traveling to Iraq as “official representatives” of those groups, the men fought in Syria alongside the terror group.


Muhammad Naif al-Qarinawi, an engineer from the Nuseirat refugee camp in central Gaza, fought and died for ISIS under the nom-de-guerre Abi al-Bara al-Ghazi. Recruited by ISIS in Syria for his expertise in explosives engineering, Al-Bara reportedly died near Homs on July 26 during an ISIS military operation against Syrian forces at the Sha’er gas field. The Ansar al-Dawla’s group’s Twitter account posted a short eulogy for al-Bara.

Ali Samir Abu al-Ainin came from the Gaza town of Rafah, near the Egyptian border, and also died on July 26 in Samara, Iraq as a “representative” of the Beit al-Maqdis group. ISIS is believed to be eyeing Samara as its next objective in its attempted push south toward Baghdad.

Last fall Amer Abu al-Ghula, also from the Nuseirat refugee camp, died in Aleppo, Syria in a battle with Hezbollah. Among a number of Gazans fighting in foreign conflict zones, at least two others have been killed in Syria during battles involving ISIS.

According to web chatter in ISIS forums, the Salafist organization, known best for decapitating Christians and other “non-believers” in its lightning advance through roughly half of Iraq and large parts of Syria, has ties with militant groups operating in Gaza.

On May 25, it was announced that Wadih Nafedh Wash, a 21-year-old man Jabaliya in the northern Gaza Strip, was killed in a battle in Syria while fighting for ISIS.

“From the blessed land of Sham, and in full delivery to God’s justice, the Sheikh Abu al-Noor al-Maqdisi Brigade informs you that [our] brother Wadih Nafedh Wash, an immigrant soldier in the Islamic State in Iraq and al-Sham, was martyred in the battle of dignity that is raging on the ground of Sham,” read a statement from ISIS-affiliated Jihad Media Forum.

Wadi’s father Nafedh Wash told the Al-Monitor news site that his son was killed during a battle between ISIS and Syrian regime forces in Deir el-Zor, Syria.

“My son left Gaza to Egypt about nine months ago through an underground tunnel,” he said. “When he was in Egypt, he then informed me via a mobile phone message that he and his comrades were going to fight in Syria for ISIS, which he had joined three years ago.”

Many in Israel are not surprised by news of Gazans fighting for ISIS and the presence of the terror group in the Hamas-ruled coastal enclave. Last week Israeli Prime Minister Benjamin Netanyahu compared Hamas with ISIS, stating in a press conference that “Hamas is like ISIS, ISIS is like Hamas.”

Speaking with Tazpit News Agency, Yishai Fleisher, Radio Editor at JewishPress.com, said that cooperation between Hamas and ISIS “makes perfect sense, in line with similarities in ideology” between the two groups.

He went on to explain that despite the massacres carried out by ISIS and the group’s genocidal ambitions, revelations of such an alliance may give perspective on Israel’s battle with Hamas. “It helps straighten the warped narrative which posits that a massive Israel is facing a tiny Palestinian independence movement, when in fact Israel faces a gigantic Jihadist world, which comes in the form of big things like the Caliphate,” said Fleisher.

He noted that Hamas is just a small part of it of the global Islamist struggle against Israel. “ISIS does a big favor,” Fleisher added, “in clarifying how big our challenge is.” 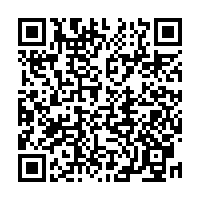