Israeli Defense Force personnel gave residents living in a compound in the Al Shati section of northern Gaza at least 24 hours’ notice to evacuate the area for their own safety, before starting an air strike on the area.

The warning came ahead of an attack to destroy rocket launchers that were used to attack Israeli civilians over the weekend.


The rockets were being fired from launchers hidden next to the ‘Shuhada’ medical clinic, a basketball court, the ‘Even Sina’ school and the ‘Zlach Halif’ school in the neighborhood.

Both of the school were being used as shelters for displaced Gaza residents who were forced out of their homes by terrorists who had used their buildings as rocket launching sites, and to store weapons and other terrorist-related equipment, thus transforming them into military targets.

It is a deliberate use of Gaza’s civilians as human shields, and “intentionally puts civilians and humanitarian structures in harm’s way,” the IDF Spokesperson’s Unit said in a statement released Monday.

The IDF destroyed the concealed rocket launchers and rocket arsenal concealed within the facility.

“In the aftermath of the strike extensive secondary explosions were revealed, exposing the extent of the arsenal in this location,” the IDF Spokesperson’s Unit noted.

Update: The IDF has released a correction to their previous statement, and no longer state that the rocket that killed Daniel Tragerman came from this specific location. 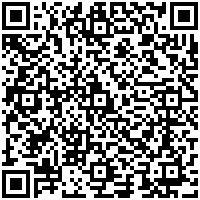