German tourist, Eleonore Kastner, affectionately known as Oma Ella, celebrated her 104th birthday in a Dead Sea hotel with 40 friends and family who traveled with her to Israel for the special event.

Since she turned 100 four years ago, Oma Ella had decided that the time had come to “live a little.” She has been celebrating her birthday each year in a different corner of the world together with her family. For her 100th birthday, Kastner celebrated at the Vatican.

Kastner, a devout Christian, has visited and prayed at Christian holy sites in the Holy Land, even traveling on a donkey to reach an isolated monastery in the Judean desert.

Kastner, who was born in 1910 in Kelheim, Germany, has accomplished some ground-breaking feats in her older age. She is thought to be the oldest person to tour the Himalayas and meet with the Queen of Bhutan, and is the oldest member of the Eurovision Club that travels to every song competition.

In addition, the German grandmother is considered to be the oldest person to have a Facebook page which she has already updated since arriving in Israel with a video greeting. She also appears in YouTube videos celebrating with youth at beer festivals in Germany, enjoying fairground rides and dancing to contemporary music.

And her secret for longevity? “Be healthy and enjoy a sweet schnapps every day!” is Kastner’s motto.

After she married in 1932, Kastner moved to Amberg, Bavaria where she raised four children, only one of whom is still alive. Her elder brother, who was born in 1906, was murdered in the Dachau concentration camp in 1943 after resisting the Nazi occupation.

During her visit to Israel, the Tourism Ministry presented Kastner with a birthday present: a silver-bound Bible along with a certificate of appreciation, nominating her as an ambassador of good will for tourism to Israel. 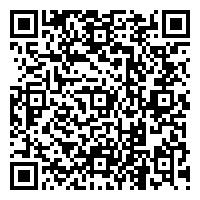