Market stalls along the cobbled alleys in the Machne Yehuda shuk (market) in Jerusalem are overflowing with dried fruit. As the sudden abundance of donuts reminds Israelis that Chanukah is coming, so the mounds of dried fruit are synonymous with the arrival of Tu B’shvat.

Not well known outside of Israel, the minor Jewish holiday of Tu B’shvat celebrates the ‘New Year of the trees’ from which the correct tithes were calculated in the times of the Temple. Today, many Israelis take Tu B’shvat as an opportunity to eat exotic dried fruits. Some even go as far as to hold Tu B’Shvat seder, a Chassidic custom that traditionally included fruits and wine from the seven Biblical species.


Alongside the piles of dried fruit in the market are bottles of homegrown Israeli wines also ready to grace the Tu B’Shvat table. The relationship between fruit and wine is clear. Fruit is transformed into wine. But from there things become more complicated. Wine is frequently described in terms of fruit. We hear phrases like, ‘notes of cherry.’

But, what do these terms really mean? If no artificial flavors are added to wine, then how can the simple grape produce a flavor with ‘a hint of orange blossom?’

Fruit flavors as described in wine actually only refer to the scents that are identified as we smell the wine. They could be classified by the chemical names, but would hardly appeal to the average wine drinker.

Instead, a common language of wine tastes that uses common scents as analogies to the flavors present in wine has developed. Referring to such association enables the experience of wine taste to be universal and allows the exchange of knowledge and impressions.

To experience a wine’s true scent, you should smell the wine twice. First, gently swirl the wine in the glass, then sniff deeply; this is called the ‘first nose.’ Then swirl the wine again and smell a second time, the ‘second nose’, which allows you to identify a greater range of flavors in the wine. The best sommeliers are able to identify as many as 60 flavors in one wine.

Once identified, each fruit flavor teaches us something about the wine. Fresh fruit flavors like apple, pear, quince, peach, apricot and strawberry are usually signs of a young wine.

Exotic fruits such as papaya, mango, pineapple, passion fruit and litchi are only found when the grapes were very ripe at the time of harvesting.

As you might expect, sour fruit flavors, such as citrus, green apple, kiwi, red currant and raspberry indicate a wine that was produced from grapes with a greater acidity.

Obviously, every wine contains multiple flavors. For a full tour of fruit flavors this Tu B’Shvat try these suggestions, found in local wine stores throughout the UK, to bring a taste of Israel to your table this Tu B’Shvat.

Grown in the footsteps of Mt Hermon, Gilgal White Riesling is fresh and makes a great aperitif with notes of citrus, melon as well as lemon and honey. Swill the glass to see if you can identify the subtle character of lime peel.

To accompany your dried fruit, try Yarden’s T2, produced from two different varieties of Portuguese grapes – Touriga Nacional and Tinta Cao. This rich wine was fortified with brandy to stop its fermentation and increases its alcohol content while preserving the grapes’ natural sweetness. Look out for the aromatic blend of ripe cherries and plums in the scent. 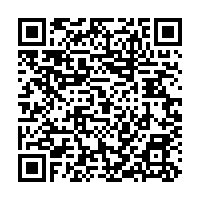