There’s a new confrontation between Palestinian Authority chairman Mahmoud Abbas and Prime Minister Benjamin Netanyahu, after Abbas had told Israeli reporters in Ramallah on Thursday that the Israeli side torpedoed a new initiative to get the two of them together, Israel Radio reported.

Abbas reiterated that he objects to the terror and to any kind of bloodshed, and added, “I’m no inciter, let them show me proof [that I am].” He said he believes in peaceful, popular resistance and that peace can only be achieved through direct negotiations. He also said the security cooperation with Israel is still on, but there’s no telling what might happen to it tomorrow.


Abbas also blamed the current situation on the absence of a political horizon, settler attacks, and the “attacks against the Al Aqsa mosque,” as he put it.

In other words, the old fox hit every possible cliché in the PLO play book.

Netanyahu’s office responded that none of the above is true and that Abbas is trying to avoid taking responsibility for the absence of negotiations. The statement also mentioned that Netanyahu, who is in snowy Davos, Switzerland, again called on Abbas Thursday to start negotiations without preconditions. 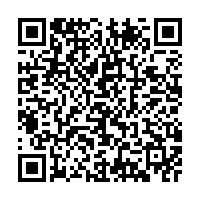