The Israeli government hopes to put the kabash on cash transactions, starting with a plan that places a ceiling on the amounts starting in fiscal 2015 budget.

The director-general of the Prime Minister’s Office, Harel Locker told journalists in a briefing at the beginning of this week the government plans to limit cash transactions between businesses to NIS 5,000 after a one-year period, with the initial phase to begin at just NIS 7,500. Private citizens will be allowed cash transactions of up to NIS 15,000. But if the legislation goes through, the use of checks will also be restricted.


The initiative is aimed at ending the “black economy” that operates in much of the country, Locker explained, adding that  money laundering has risen over the past two years. He pointed to some three million cash transactions, each of which was more than NIS 5,000, that totaled some NIS 273 billion since 2012, as proof that things have to change.

The government, said Locker, has instead decided to take a leaf from the American notebook and is recommending that banks issue debit cards, rather than the VISA and MasterCard credit cards they currently use.

Most Israelis do not carry out transactions for more than NIS 5,000, Locker contended, thus he said it is expected the new plan will not cause difficulties for most of the population.

Nice and tidy — but that may not be the case: newlyweds who are buying furniture and other necessities for new homes often make their purchases with the cash gifts they receive at their wedding. Those shopping sprees are seldom carried out for less than NIS 10,000 and often involve the use of cash for extra bonus points or discount savings.

Other special events and holiday sales also often involve cash purchases as well – a fact the government seems not to be taking into account. Although Locker said he expects approval of the new law by the end of 2014, it is likely there will be more than a few bumps along the way – probably after his colleagues’ spouses find they find they can no longer go shopping without the government getting in the way.

But mostly, this is about too much government intrusion into the private lives and transactions of its citizens, by a government which wants to, invasively, be able to more easily track its citizens down to the smallest detail.

What’s next? Our biometric data on file with the government? 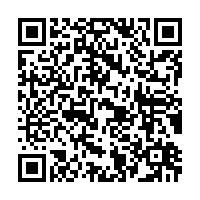