At today’s government session, Netanyahu announced that the bill, submitted jointly by by Ayelet Shaked (Jewish Home) and David Tzur (Hatnua) Law and approved three weeks ago by the Ministerial Committee for Legislation, would move for further debate to the security cabinet instead of allowing the government to vote. The measure calls for granting the judicial branch the option of rescinding the president’s right to grant clemency or pardon in cases involving first-degree murder.


But the bill is essentially an admission that the government will have to bypass the prime minister if it wants to prevent lopsided prisoner releases that have made Israel (in)famous, like 1,027-for-1 prisoner swap for Gilad Shalit in 2011. For nearly two years Netanyahu has refused to release findings by the 2012 Shamgar Commission for Prisoner Releases. That Commission, headed by former Chief Justice Meir Shamgar, was founded in July 2008 by then-defense minister Ehud Barak after the bodies of IDF hostages Ehud Goldwasser and Eldad Regev were returned in exchange for unrepentant murderer Samir Kuntar, four Hezbollah terrorists and the bodies of almost 200 Lebanese and Palestinians.

There is another reason the bill hardly bodes well for sane diplomatic judgements: It gives Israel’s judiciary, notorious for its left-wing activism and stubborn deaf ear to pleas by the families of terror victims not to release the killers of their loved ones, yet another tool to override the government.

“I cannot understand twhy the government would want to pass a law like this. It will tie the government’s hands,” Attorney General Weinstein told the Hebrew-language Ynet website.

As of this writing, however, the commission’s recommendations remain classified, at the behest of the prime minister. A spokesman for Mr Netanyahu told Ynet that the security cabinet would “likely” discuss the Terrorists Bill this week, but no mention was made about when the measure might be resubmitted to the government for approval, followed by a vote in the Knesset plenum.

Brawl: AG Wants Temporary Prosecutor Out, Prosecutor Says He Has the Goods on AG 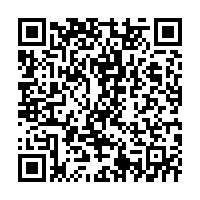