Ukraine-born Faina Kirschenbaum, who served in Avigdor Liberman’s Israel Beiteinu Knesset faction between 2009 and 2015, and as Deputy Minister of Internal Affairs from 2013 to 2015, was convicted in Tel Aviv District Court on Thursday of taking bribes totaling more than two million shekels, as well as fraud and breach of trust, money laundering, and tax evasion.

Judge Yaron Levy said that “the defendant who was in charge of the distribution of the party’s funds, took bribes in a systematic and cunning manner.” According to the judge, “Using this method, the defendant took a share of the public money in the cumulative amount of two million shekel ($600 thousand). The bribe money was used by her family members, the party, and her associates, and anyone seeking her factors.”


“The defendant gained the trust of the party chairman, who appointed her to the post of secretary-general,” Judge Levy continued. “She ran the party with a high hand and held a coveted and extensive governing power. She had the ability to allocate, at her sole discretion, between 80 and 200 million shekel ($24 and $60 million) per year, a total of NIS 1.2 billion during her tenure ($362 million). She had bribery deals with a variety of individuals, all at the public’s expense.”

“In the years that Kirschenbaum held power, she developed the skill and creativity to circumvent the rules of good administration and treated public funds as her own,” the judge said.

Judge Levy added that Kirschenbaum assisted Daniel Allinson, CEO of the global Ezra movement, who was convicted of bribing her, in raising donations and allocating budgets, and in return received benefits in the amount of $82,000. She applied for funds to pay for travel abroad for herself and family members, disguised as work travel. Her daughter, son, brother, and sister-in-law flew to Canada, New York, and other destinations.

In his ruling, the judge detailed the trips for which she requested public funding: her trip to Moscow, a trip to Athens, and her two daughters’ trip to New York. There were also purchases of computer accessories funded under the pretext of using them for work purposes, as well as cameras, iPhones, and a tablet that were later seized from her family members. She also arranged a job in Ezra for her son, courtesy of Daniel Allinson.

In summing up his remarks, the judge said: “There is no doubt that the damage to the public trust is extensive. The unbearable ease of disguising self-interest as a relevant consideration. Unfortunately, it seems that a unique combination of circumstances is required that allows for the removal of the mask and the exposure of corruption in its entirety, as happened here.”

According to Haaretz, Kirschenbaum’s conviction on Wednesday is the closing chord of the criminal affair that ended the Netanyahu-Lieberman alliance, which was one of the strongest in Israel’s political history. The 2014 police investigation rattled Israel Beiteinu, which had been founded and ruled by Avigdor Liberman, and caused it an electoral defeat. Since that investigation, Haaretz contends, Liberman has been convinced of a conspiracy against him conjured by PM Netanyahu, who wanted to eliminate him politically, together with former Attorney General Yehuda Weinstein. Liberman points to the fact that the AG chose to announce the criminal investigation with the deadliest timing, on the eve of the 2015 election.

Kirschenbaum was one of several senior government officials arrested in December 2014 on charges of bribery, fraud, and breach of trust. Her trial opened in September 2017, when she pled not guilty to all the charges. She is expected to be sentenced to a very long prison term. 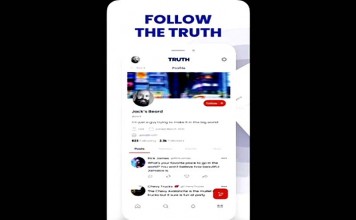 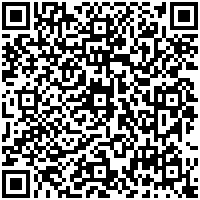