Former President George W. Bush will headline a fundraiser in Texas for a group that seeks to convert Jews to Christianity, JTA reported.

Dubya follows in the footsteps of Glenn Beck, who was the star of the group’s fundraiser last year at Cowboys Stadium in Arlington, Texas.


Bush is scheduled to appear Nov. 14 in suburban Dallas to raise funds for the Messianic Jewish Bible Institute, a Texas-based group that says its mission is “to bring Jewish people into a personal relationship of faith with Yeshua the Messiah, knowing their acceptance will eventually mean life from the dead.”

According to Mother Jones, which first reported the fundraiser, the $100,000 tickets include a VIP reception with Bush and a tour of Israel guided by the institute’s president, Wayne Wilks.

The MJBI mission is “to boldly proclaim Yeshua as Messiah, train leaders for Jewish ministry around the world, and educate the Church on God’s heart for the Jewish people, as it eagerly awaits the promise of Romans 11:15 that the acceptance of the Jewish people will mean ‘life from the dead.’”

The Messianic Jewish Bible Institute (MJBI) was formed in 1995 and launched in 1996, through the cooperative efforts of both Messianic Jewish and Gentile Christian leaders, according to the group’s website. After initially targeting Jews in Russia and eastern Europe, in 2002 the MJBI began to sponsor banquets, events, and training sessions in the United States for the purpose of proselytizing Jews there and in Israel.

In 2006, the group’s co-founder Dan Juster immigrated to Israel, where he oversees the MJBI programs directed at Israeli Jews. Their major emphases are producing teaching materials in Hebrew, a two-year bible school program intended to establish a Christian Ethiopian Israeli “leadership,” and seminars for messianic leaders.

Mother Jones reminded its readers that “last year, Abraham Foxman, president of the Anti-Defamation League, told Politico that former Sen. Rick Santorum’s appearance at an event hosted by another Messianic Jewish organization, the Messianic Jewish Alliance of America, was ‘insensitive and offensive.'”

Reform Rabbi (nebech) David Saperstein, director of the Religious Action Center of Reform Judaism, told Mother Jones about the Bush appearance: “It’s disappointing that he would give his stamp of approval to a group whose program is an express effort to convert Jews and not to accept the validity of the Jewish covenant.”

At last year’s MJBI fundraiser, Glenn Beck received a “Defender of Israel” award. On his now defunct FOX News show, Beck once said: “One of the reasons why I love Israel so much is I’m a guy who’s for the underdog. I’m a Mormon, which is kind of the Jew of the Christian world.”

According to Mother Jones, Robert Morris, pastor of Gateway Church in Dallas, which Beck attends, introduced Beck as a “prophet” at the event. Morris told the crowd that his church has supported MJBI because “when we do this, the Bible tells us, it’s going to change the whole world. That it’s going to hasten the coming of the Lord Jesus Christ, and it’s going to bring about worldwide revival.”

A spokesman for Bush and a spokeswoman for the George W. Bush Presidential Library and Museum did not respond to requests for comment. 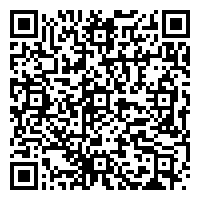