The Hamas’ Izz ad-Din al-Qassam Brigades on Saturday confirmed that engineer and “Shahid” Mohammed Zawahri who was “eliminated by the Zionists in Tunisia” was one of their commanders who was in charge of the Iranian-made UAV Ghods Ababil project.

The Ababil is 9.5 ft long and powered by a simple two-bladed pusher propeller with a rear mounted wing and a front canard for good stall, stability and maneuverability. It can be launched from a rail mounted on the back of a truck which provides power for the pneumatic launcher.

Zawahri, 45, was a Tunisian citizen and a supporter of the Hamas and the Hezbollah causes. The Hamas affiliated terror group’s statement said Zawahri joined the organization ten years ago, and called his killing a challenge to the “Palestinian resistance and the Izz ad-Din al-Qassam Brigades.” The statement warned that “the enemy must know that the blood of commander al-Zawahri was not spilled in vain.”

Aviation engineer Mohammed Zawahri was assassinated in Sfax, Tunisia, Thursday, according to local media, and at least one source claimed Mossad was responsible for the assassination, most likely because of his work on Iranian drones. Zawahri was shot six times at close range in his car, three of the bullets hitting his head. Reports described the assassin as highly skilled. Apparently, he or she did not leave any evidence at the scene.

According to local media reports, al-Zawari returned from a short trip to Lebanon, where he was approached by a female journalist who asked him for an interview about drone-related technological innovations, and left for Hungary on Wednesday, one the day before the assassination. 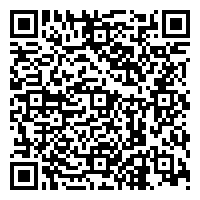