Despite statements Wednesday morning by senior IDF staff, and even Prime Minister Netanyahu, Hamas now denies they arrested anyone in connection to Tuesday’s rocket attack from Gaza on Israel, according to a tweet by Khaled Abu Toameh.

Khaled Abu Toameh @KhaledAbuToameh Hamas: We didn’t arrest those who fired the rocket rocket at Israel on Tuesday.

The rocket fire was a violation of the ceasefire.


The question comes down to whether Hamas is more afraid of an IDF retaliation, or of the PA saying Hamas is collaborating with Israel for arresting the rocket crew.

On September 15, Hamas executed a 59 year old Palestinian Authority colonel they accused of collaborating with Israel, according to Khaled Abu Toameh.

Hamas may be more afraid of more bad press that would come along with being painted with that same collaborator brush, particularly in light of the PA claims of their connection to the Gaza human smuggling scandal that’s rocking Gaza right now. 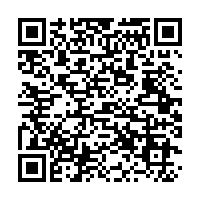