Three residents of Gaza, ages 31, 42 and 55 were hanged in the exercise yard of a Hamas police compound in Gaza City on Thursday, according to an AFP reporter. They wore red prison jumpsuits, with their faces covered with hoods, and their wrists and ankles chained.

The execution was duly observed by senior Hamas officials, representatives of allied Gaza groups and a number of journalists who were barred from photographing the proceedings.

The men were not directly accused of a connection with the March 24 assassination of senior military commander Mazen Fuqaha, which Hamas blames on Israel’s international Mossad intelligence agency and local “collaborators.”

Rather, Hamas police chief Taysir al-Batsh told the journalists that Thursday’s executions were carried out as punishment for past collaborations and treason — and “represent a message to the [Israeli] enemy security sources and to the collaborators.” 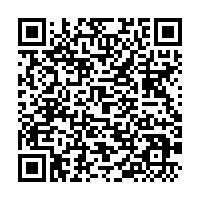