A senior Hamas spokesman in Turkey said that the terrorist organization was responsible for the kidnap-murder of three Israeli yeshiva students two months ago, contradicting original Hamas claims that an independent terrorist cell murdered the boys.

The Hamas official, Salach Al-Aruri, boasted of the “heroic action of the Kassam Brigades who kidnapped three settlers in Hebron.”

The three teenagers, Eyal Yifrach, Gilad Sha’ar and Naftali Fraenkel, 16 were abducted and murdered near Hebron. Their bodies were not found for more than two week, and their disappearance galvanized the country in prayer and in a demand that Israel smash the Hamas terrorist infrastructure.

The statement that “credited” Hamas with the kidnap-murders was made at a Turkish conference of the World Association of Muslim Scholars.

If that is what interests Muslim academics, it says a lot about their warped ideology. 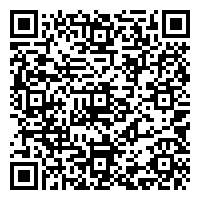