President Barack Obama is “appalled” and U.S. Secretary of State John Kerry is angry at the beheading of U.S. journalist James Foley, whose execution was posted in an online video by his killers, the Islamic State ISIS group also known as ISIS.

While the United States, Britain and other Western countries professed their shock, actually believing that these grisly acts only happen to other Muslims and African Christians but never to Americans, except Daniel Pearl.

In his address to the country in which he promised that Israel will not stop the war against Hamas until total quiet is restored, he compared Hamas with ISIS.

If you are surprised, you are dreaming.

Beheading someone is savage. It is an act of an animal who wants to inject fear into the hearts of souls of decent people.

Hamas also has beheaded people, mainly those Gazans who hate the terrorist regime and took the risk to relay intelligence information to Israel on Hamas.

Beheading is gory but no less than Hamas terrorists’ primitive behavior after they killed Israeli soldiers and blew them to bits and pieces.

Hamas animals, AKA terrorists, actually picked up body parts, a head here and a finger there, and hustled them off through terror tunnels with the intention of using them to barter with Israel for the return of terrorists in Israeli custody.

The two families of two soldiers whose body parts were not recovered or were only partially recovered did not fall into the trap that would have undermined Israel’s war effort. They buried their sons with whatever body parts there were, and in one case there were virtually none.

Once the soldiers were buried, the Hamas animals’ plans were foiled.

An animal is an animal, or if you prefer, a terrorist is a terrorist, but the United States still doesn’t get it.

Of course not. ISIS is not a potential peace partner for Israel, but Hamas is.

President Barack Obama said the world was “appalled” by the beheading of Foley in Syria and that “the United States of America will continue to do what we must do to protect our people. .We will be vigilant and we will be relentless.”

Americans security officials verified the authenticity of the video showing the beheading after the recorded marks by Foley that the United States and the West are to blame for his imminent death because of their “complacent criminality” that he said is the cause of his death.

The video showed another American journalist Steven Sotloff, and warns that he will be the next to die.

If words could kill, Obama slaughtered ISIS, calling it a “cancer” and stating, “No faith teaches people to massacre innocents. No just God would stand for what they did yesterday and what they do every single day. People like this ultimately fail. They fail because the future is won by people who build and not destroy.”

The ISIS video warned that the “next move” is up to Obama.

An hour after Obama spoke, the U.S. Air Force carried out 14 bombing raids on ISIS targets.

It is a bit late for that.

The United States has spent two decades making the Middle East safe for democracy by sending American troops all over the place and undermining autocratic but stable regimes so that can be replaced by autocratic and unstable regimes that have left a vacuum of power grabbed by terrorists, or animals. 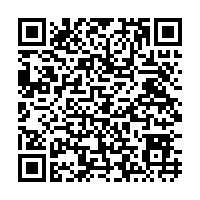