It’s official website stated, “The Israeli occupation’s escalating plans to impose a fait accompli in Palestine through settlement and Judaization would not succeed in changing the truth that Palestine belongs to the Palestinians.”


In case anyone in the Obama administration still thinks Hamas is referring to Judea and Samaria, the terrorist organization clarified, “On this day in 1976, the masses of the Palestinian people in Al-Muthalath, the Galilee and the Negev revolted against the Zionist occupation…

“38 years have passed since the uprising started, and the occupation has been persisting since then in Judaizing the land, seizing it and displacing its people.”

Hamas reiterated that ”all forms of resistance, especially the armed resistance, are the best method to restore the land.”The Obama administration strategy has been to topple one domino at a time,” and it figures that Hamas will fall into line or be left out in the cold if Mahmoud Abbas actually comes to an agreement with Israel on the establishment of the Palestinian Authority as a new country.

That will never happen. Period.

And if Kerry believes it will, the man really does need medical help. 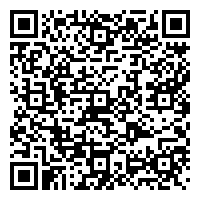