A new IDF intelligence report declassified last week has made it clear that Hamas terrorists have sunk to a new low — child sacrifice — in its thirst for Jewish blood.

Human shields, and particularly those who are most vulnerable (read: children) make the best headlines when they are photographed by horrified international reporters after they are bloodied and dead following a firefight or an IDF air strike.


How can that best be staged?

Of the more than 3,600 rockets and missiles fired from Gaza at Israeli civilians since the start of Operation Protective Edge on July 8, 1,600 were fired from civilian areas, according to the report.

Video footage of attacks fired from civilian areas were included.

The Gaza City neighborhood of Shujaiyya, as well as the areas of Beit Lahiya and Beit Hanoun were found to be the most densely populated terrorist strongholds in the enclave.

There were rocket launches from within the El Azhar Islamic College as well, specifically at 2:45 a.m. on July 8, and three rockets launched from the Abu Nur School, also video taped.

Numerous other schools were also found to be terrorist bases — including several belonging to the ‘neutral’ United Nations Relief and Works Agency (UNRWA).

On August 1, 2014, rockets were launched at 7:23 pm from the UNWRA elementary school for girls in Beit Lahiya. Photographic evidence is available in an IDF aerial snapshot.

The next day, rockets were launched next to the UNRWA Shahada Al-Manara elementary school for boys in the Zeitoun district of Gaza City.

Beyond that, Gaza terrorists have also hidden behind the institutional “neutrality” of the United Nations, taking advantage of the international agency to fire rockets from inside an UNRWA distribution center and and UNWRA health center in Jabalya on August 2, 2014.

The terrorists also fired rockets from an UNWRA facility in a residential neighborhood in Gaza City.

Nor was the International Committee of the Red Cross, another “neutral” international aid organization, immune.

Rockets were fired at Israel just five meters away from a Red Cross Ambulance Station in Gaza; the launch was photographed by satellite.

Patients in hospitals, also made convenient shields for terrorists, who set up rocket launchers next to the Wafa Hospital in Shujaiyya and Al-Shifa Hospital in Gaza City.

In addition, clinics and mosques were found to be favored spots for terrorist activity as well. One mosque was used as a weapons storage facility in Nuseirat. In Gaza City, another house of worship concealed the entrance to an attack tunnel. Rocket launchers were also placed around mosques.

Even the dead were not respected, or safe: terrorists have launched rockets from within cemeteries in the enclave.

Curiously, terrorists also fired rockets from within a hotel where journalists were staying: on August 1, 2014, rockets were fired at Israel from the Al-Mashtal Hotel in Al Shati. Due to intimidation and threats, no journalist reported it: but satellite imagery caught the launch. Likewise, Hamas terrorists have prepared and launched rockets next to a hotel used by international media — but none have reported it. Their lives are at stake if they do.

Only after leaving the enclave have some had the courage to “tell.”

Perhaps the most self-destructive of all: on July 30, 2014, Gaza terrorists fired rockets at Israeli civilians from within the Gaza power plant itself, at 8:39 am, either believing the launch would not be seen or documented (it was, by satellite photography).

The tactics of Hamas and other Gaza terrorists are a flagrant violation of international law. Essentially, the terrorists have dropped to the level of child sacrifice not seen since the days of the pagan worship of the false god Ba’al Peor. 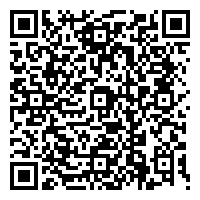