An Orthodox Jewish IDF officer from the hareidi sector has won a compensation award in court against three Jewish extremists who campaigned against the Conscription Law and who publicized his name and private family information.

The defendants were ordered by Deputy Chief Justice Menachem Mizrahi to pay the plaintiff a total of NIS 500,000 for their part in the anti-Hardak (“traitorous hareidi”) campaign waged against those in the community who enlist in the IDF.


The officer filed the suit after hiring private investigators to track down and learn the identities of his tormentors, who posted a flyer entitled “The Hunters” that exposed his name and family information and called on the public to blackmail him condemn and harass him for aiding IDF recruitment.

The harassed officer was ridiculed and ostracized from his community, he said. Dozens of calls were made daily at all hours to his home by cursing stalkers, traumatizing his children.

In his decision, Judge Mizrahi slammed the flyer, saying “The sole purpose of ‘The hunters’ pamphlet was libel, denigration, slander and humiliation of the plaintiff and is as far removed as anything could be from the right to free speech.

“Freedom of speech is not equivalent to the freedom to commit incitement or to libel … Using ‘The Hunters’ as a headline with a sub-headline saying ‘The faces and names of the hunters of souls’ does not require much scrutiny. The text at face value, considering its target audience, speaks for itself.” 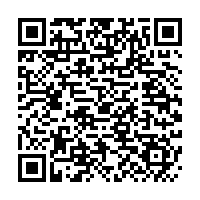