Anti-missile defense batteries have been deployed around central Israel by the Israel Defense Forces in response to escalated threats by the Palestinian Islamic Jihad terrorist organization.


Security has also been tightened around the Gaza border, according to a report broadcast on Channel 2.

The Iron Dome is designed to intercept short-range missile threats and those fired from a mortar.

PIJ has refused to back down from its vow to avenge the deaths of its operatives in a terrorist tunnel that was destroyed by the IDF in a planned detonation on October 30 after its penetration into Israeli territory was discovered. The tunnel ended dangerously close to Kibbutz Kissufim in southern Israel, near the Gaza border.

At least 12 operatives were killed in the explosion when the tunnel was destroyed, including some who died after the tunnel blew up a second time due to explosives that were being stockpiled there by the terrorists.

“Threats to target the movement’s leadership is a declaration of war, which we will confront,” PIJ vowed on Sunday.

Speaking in Arabic, IDF Maj. Gen. Yoav Mordechai, head of the Coordinator of Government Activities in the Territories (COGAT), posted a video warning PIJ leaders in Syria — Ramadan Shalah and Ziyad Nakhalah — that Israel knows of their plans and intentions and will respond to them forcefully as well as against Hamas if any attack is carried out.

Prime Minister Benjamin Netanyahu also issued a warning on Sunday, saying that Israel would hold Gaza’s ruling Hamas terrorist organization responsible for any violence emanating from the enclave — regardless of who launched the attack, including the PIJ — and would respond accordingly.

PIJ leader Tareq Ka’adan was arrested late Sunday night by Israeli military personnel at his home near Jenin in Samaria.

Justice Minister Ayelet Shaked was quoted by Israeli Army Radio on Monday as saying the bodies of five of the terrorists who were retrieved by Israel will only be returned in exchange for the bodies of the two fallen IDF soldiers and the living hostages still being held by Hamas in Gaza.

The entire Israeli government cabinet agreed on the decision, according to the report. 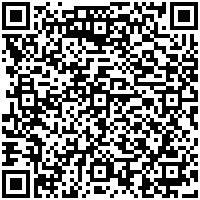