The group’s attorney, Chris Knowles, told the Star that the case will be heard by a judge on Tuesday morning. Knowles plans to ask for dismissal of the case, and for the return of the children.


“We obviously feel that the whole thing to begin with is ridiculous. It shouldn’t have happened in the first place,” Knowles said.

The Star quoted a source saying these two children are not connected to a Quebec court ruling last month that 14 children be taken from their parents and placed in foster care.

The Canadian Lev Tahor cult of about 200, 130 of whom are children, is headed by Shlomo Helbrans, an Israeli returnee (his secular name was Erez) who left Israel with his followers in 1990. They settled first in Brooklyn, where complaints about their anti-social behavior mounted in the Borough Park community.

The cult has followers in the U.S., and in Israel (mostly Beit Shemesh), where it is known by the nickname “Jewish Taliban.”

Throughout the years, there have also been complaints against Helbrans of child abuse, the kidnapping of children from their families in Israel, forced marriages of under age girls with adult men, and the use of psychiatric drugs to quell resistance among group members.

Helbrans claimed that he was part of the Satmar chassidic movement, but the movement was ambiguous about whether or not it approved his style or his Jewish path.

Helbrans was convicted of kidnapping in 1994 and served a two-year prison term (the original sentence was for 12 years). He was deported to Israel in 2000. He then settled in Canada, where he was the leader of the Lev Tahor settlement of some 45 Jewish families in Sainte-Agathe-des-Monts, Quebec.

CBC News reported last November that authorities in Quebec had alleged that the 14 children from two families affiliated with Lev Tahor were living in dirty houses that were full of garbage, and that the children, who were home-schooled, could not do basic math nor speak French or English. They produced documented evidence of neglect, psychological abuse and poor dental and physical health.

On November 27, a judge in Quebec ordered that 14 children belonging to the sect be placed temporarily in foster care, undergo medical exams and receive psychological support. The order also compelled the children’s parents to turn over their passports.

The group, complaining of religious persecution by the authorities, left Quebec for Ontario.

The Chatham-Kent, Ontario child welfare authorities sought a warrant on Dec. 4 to seize all the Lev tahor children. An Ontario Justice of the Peace denied the request, and an appeal of that decision will be heard on Dec. 23.

According to Nachman Helbrans, Shlomo’s son, the whole thing has been a smear campaign by Israeli Zionists, because of the group’s anti-Zionist position.

“We are afraid but there is no way to fight with action resulting from libels and unfair justice by running away. The same people that want to destruct you will do the same libels,” he told the Star. “Now is the time to fight it with all legal venues, to cry out for a fair trial and fair justice that we can have the opportunity to answer.”

Hate Crimes in Canada Up 47% Targeting Jews, Muslims and Blacks 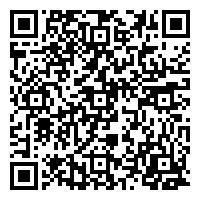