Julis received a J.D. and an M.B.A. from Harvard in 1981. He is an investment executive and private investor and the co-founding partner of the Los Angeles fund Canyon Capital Advisors. Julis named the program in honor of his father and mother and their families.


The dean of HLS, Martha Minow, who announced the gift on Tuesday, Nov. 3, said:”Throughout history, Jewish law has made profound contributions to legal thought and practice, and it remains vibrant and relevant around the world.”

Minow continued, “Through their extraordinary generosity, the Julis Family has created significant new opportunities for our community to explore this living legal tradition as well as the laws and legal discourse of a nation, which shares the same roots and many new branches. This program will model the standards of excellence, vibrant intellectual debate, and rigorous analysis that are the hallmark of the Law School while affording terrific new opportunities for our community and beyond. We are tremendously grateful.”

In explaining the impetus for his gift, Julis said: “My parents, grandparents and relatives made sure that the rich heritage of Judaism, including its values and history, and the importance of Israel, both to the Jewish People and the world, were consistent parts of our spiritual and intellectual growth. This gift to Harvard Law School is in deep gratitude and love for the gift of heritage our families gave us and which we have strived to give to our children.”

This interdisciplinary research program will explore the structure and real-world effects of Jewish and Israeli law.

The Julis-Rabinowitz program will appoint visiting scholars and post-doctoral fellows; conduct courses and reading groups for students with advanced knowledge of traditional Jewish legal texts; develop opportunities to enhance communications, gatherings and information sharing on the Law School campus and beyond; host an annual conference; and organize lectures at Harvard and at large on topics related to the impact and study of Jewish law in Israel, in the United States, and across the world.

Before popping champagne corks over this new project, consider this: the legal scholar chosen to be the program’s first director is Prof. Noah Feldman.

Feldman joined the Harvard Law School faculty in 2006. Although the release about the new program states that Feldman reads both Hebrew and Arabic and his undergraduate and doctoral degrees are in Near Eastern studies, Feldman’s publicly contentious relationship with Judaism and his controversial positions on Israel are sure to raise eyebrows.

The size of the Julis gift to HLS has not been disclosed.

In 2011, Julis bestowed a gift to create the Julis-Rabinowitz Center for Public Policy and Finance at the Woodrow Wilson School of Public and International Affairs at Princeton University. Julis received his undergraduate degree from the Wilson School.

Knesset Speaker to Swedish Counterpart: Cooperation Marred by Anti-Israel Elements in your Government

Ground Zero for the Iran Deal: Rosenthal Versus Nadler 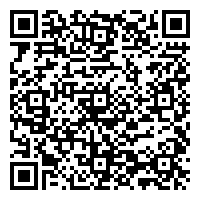