This week, the Jewish Home party issued a statement about the extremist American Jewish organization The New Israel Fund, noting that it had “”reached a new peak of Israel-hatred with yet another one of its organizations, which filed the motion to the High Court” against the demolitions.

The statement referred to NIF’s legal work in defense of Hamas terrorists’ family members, where they successfully argued in the Supreme Court that the State of Israel should not be able to destroy the homes of terrorists who killed Jews – hence, showing to others that they should think twice before killing in a suicide mission.


And while Jews worldwide largely care about their brethren in Israel, a review of the Annual Report of the New Israel Fund reveals that nine congregations have given to the NIF. Congregants of Temple Beth El of Santa Cruz, Calif.; Tzedakah Hevra at Congregation Beth El in Sudbury, Mass.; Congregation Emanu-El B’ne Jeshurun in Wisconsin; Kehila Chadasha of Bethesda, Md.; Rodeph Shalom in Philadelphia; Temple Beth Avodah of Newton Center, Mass.; Temple Shalom of Newton, Mass.; Congregation Emanu-El in San Francisco; and Temple Israel in White Plains, N.Y..

At Temple Israel Center of White Plains, one of the largest conservative synagogues in America, Phil Jacobs, a long-term member and donor to the synagogue took offense to learning that his shul had donated money to NIF – who openly support a boycott of the State of Israel.

Jacobs shared facts about NIF in a letter to the Rabbi and the board and then asked: “..knowing what you now know about NIF does the Board judge it to be a worthy recipient? Worthy, in spite of supporting Israel boycott, in spite of having been called a threat to IDF by deputy Knesset speaker, in spite of supporting teaching founding of Israel to be a “catastrophe”, in spite of 20 instances of bad behavior? Several members to whom I mentioned the allegations have said that if true, they warrant firing Tucker.”

He continued, “This giving of temple money to NIF should never have happened without the explicit permission of all temple members, because so many members would find this so offensive, if they knew the truth about the NIF. I am sure you and the Trustees will be appalled by their behavior, after reading this letter. In part because there was no Jewish state, seventy years ago 6,000,000 of our brothers and sisters were murdered because they were Jews. 1,000,000 precious beautiful Jewish children were murdered.

Now that we have a Jewish state, isn’t our job to do everything possible to support it, rather than supporting NGOs the behavior of which so many consider to be so inimical to the security of Israel? Do we really want to give our money to a group that supports teaching that the founding of our beloved Jewish homeland was a “nakba”, a catastrophe?”

The response came from Ellen Salant, President of the Board:

“On October 19, 2015, the Temple Israel Center (“TIC”) Executive Committee (“EC”) convened and discussed the issues raised in the emails you have recently circulated. The EC unanimously reached the following determinations:

And there, Temple Israel has made it clear. One must not question Rabbi Tucker’s “unwavering support of the State of Israel”, for not dividing Jerusalem is occupying Palestinian land, and the IDF must stop oppressing Palestinian Arabs, and there must be a boycott of Israel for “tikkun olam” sake.

There is no justification for a pulpit Rabbi of a synagogue to support an organization that openly boycotts Israel, and stands with the family members of Hamas terrorists. Shame on Temple Israel of White Plains. 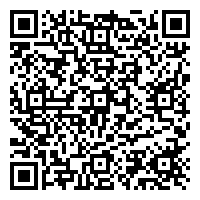