This week at the plenum, Knesset Speaker Yuli Edelstein (Likud) cautioned his Swedish counterpart, Urban Ahlin (Social Democratic Party), who visited the Knesset along with other Swedish lawmakers, that, “unfortunately, our cooperation is marred by outrageous remarks against the State of Israel made by various elements in the Swedish government. [These elements] compare Israel to terror organizations and thus [distort] the truth and hinder the peace efforts.”

Edelstein, who noted the extensive cooperation between Israel and Sweden in business, technology and innovation, told the Speaker of the Swedish Riksdag, “We welcome this cooperation, and we plan to further expand it in the future,” and reassured him: “I know, our distinguished guest, that with many statements and actions you have proven that you do not belong to this group. And this is why I am pleased that you are visiting: you have a great opportunity to see, with your own eyes, the real Israel; the Jewish and democratic Israel which supports peace, views the security of its citizens as a supreme value and firmly protects the human rights.”


Swedish Foreign Minister Margot Wallström, also a Social Democrat, is probably the most outrageous members of government when it comes to hostility to the Jewish State.

After the November 2015 Paris massacre where more than 120 people were murdered by ISIS, Wallström told Swedish TV: “To counteract the radicalization we must go back to the situation such as the one in the Middle East of which not the least the Palestinians see that—for us, there is no future: we must either accept a desperate situation or resort to violence.”

Jerusalem reacted angrily to the FM linking the murders to the Israeli-PA conflict, and summoned the Swedish ambassador to issue a warning that Wallström’s statement bordered on anti-Semitism and blood libel

In January 2016, Wallström called for an investigation into whether Israel was guilty of the extrajudicial killings of Arabs during a wave of Arab violence, causing further anger in the Israeli government, which issued a statement saying Wallstrom’s “irresponsible and delirious statements are giving support to terrorism and encouraging violence.”

Israeli Deputy Foreign Minister Tzipi Hotovely (Likud) declared that Swedish politicians of the rank of deputy minister and above are not welcome in Israel. International law expert Noah Feldman declared Wallström misunderstood international law, which does not apply in cases of security forces responding to acts of violence against innocent civilians.

After being greeted at the Knesset with an honor guard, Riksdag Speaker Ahlin laid a wreath at the foot of the memorial for Israel’s fallen soldiers. He then met with Speaker Edelstein and MK Eyal Ben Reuven (Zionist Camp), Chairman of the Israel-Sweden Parliamentary Friendship Group. 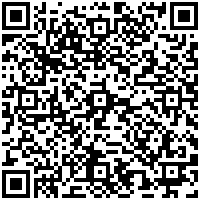