Earlier this month there was a corporate-sponsored event at Harvard University which included a panel advocating the virtues of the BDS Movement (Boycott of, Divestment from and Sanctions against Israel). Now we now learn of a recent decision by the Harvard University Dining Services (HUDS) to suspend its contract with the Israeli carbonated water machine company SodaStream.

This boycott of the Israeli company was described in an article in Harvard’s school newspaper, The Crimson: “HUDS Suspends Purchases from Israeli Soda Company.” It is sure to ignite the ire of any who believe the last thing a university dining service should get involved in is international disputes, let alone those who will be outraged that any part of Harvard University is boycotting an Israeli company.


That decision by some in the Harvard administration should give pause to the parents of the 6,400 students in each class who will be spending a total of approximately $240,000 to attend the college for four years, while the university condones and participates in a movement to financially strangle a company simply because it is based in the Jewish State.

SodaStream, you may recall, was targeted by the BDS movement because its main factory was located less than five miles from Jerusalem, in the town of Maale Adumim. This town is across what Israel-haters support as an Apartheid Line (the “Green Line”) beyond which no Jews should live, breathe, work or employ Arabs, the BDS crowd actively sought to boycott the company.

Put aside the fact – which is mentioned in the Crimson article – that SodaStream already surrendered to the hatred and will move its operation to an area in which it is still largely deemed acceptable for Jews to own property (ironically this move means the loss for many if not all of the company’s 900 non-Israeli Arab workers of their highest possible paying employment). Yes, put aside that fact. That is what Harvard did when it chose to boycott SodaStream because, in the words of one of the students involved: “the machines and their association with the disputed territory could be offensive to Palestinian students.”

That student, Rachel J. Sandalow-Ash, a member of Harvard University’s Progressive Jewish Alliance and the Open Hillel movement, explained why she believed the Harvard University Dining Services had to remove the Israeli company’s machines:

I think it is neither anti-Israel of anti-Semite [sic] to take [a] stand against the occupation. These machines can be seen as a microaggression to Palestinian students and their families and like the University doesn’t care about Palestinian human rights.

In other words, no matter what Israel does, even caving to the demands of the haters will have no impact on the strength of the protest.

Such a position might move one to refrain from taking any action to accommodate the pain of others, mightn’t it?

Following the discussions, according to the Crimson article, the Harvard Dining Services “agreed” to remove SodaStream labels on the machines they already have and to purchase machines from other companies in the future. 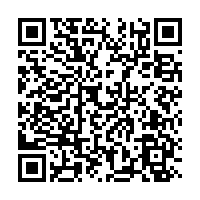