Judge Manfred Götze on Monday ordered the 8-day delay of a Munich trial that all of Germany is following—or, really, hoping to follow, since it hasn’t officially begun. The delay was needed, according to the judge, to consider motions, brought by the defendant’s attorneys, that he was biased, because he ordered only the defense attorneys—and not the prosecutors—to be frisked for weapons before entering the courtroom.

The defendant, Beate Zschäpe, is the nightmare of every decent German. She belonged to the National Socialist Underground or NSU (Nationalsozialistischer Untergrund), a very small (three core members) German terrorist group responsible for the murders of nine immigrants (eight Turkish and one Greek) between September, 2000 and April, 2006. They also murdered a policewoman and attempted to murder of her partner. They also executed the 2001 and 2004 Cologne bombings, as well as 14 bank robberies.


The German Attorney General said the NSU was out to “kill out of xenophobic and anti-state sentiments all citizens of foreign origin.”

On November 4, 2011, after a bank robbery in Eisenach, two of the NSU members, Uwe Mundlos and Uwe Böhnhardt, were found shot dead in a burning mobile home. Police said the two had set the vehicle on fire and killed themselves. Police found the service gun of murdered policewoman Michéle Kiesewetter inside the same mobile home. A few hours later, their apartment in Zwickau also went up in flames. Police believ Beate Zschäpe, the third founding member of the terrorist group, started that fire. She later turned herself in and her trial was supposed to start on Monday.

But, as mentioned earlier, her trial was promptly adjourned for eight days, until May 14, a few hours after it had begun – before the prosecution had a chance to read out the charges, Spiegel reported.

The relatives of the 10 victims, who were all murdered in cold blood, would like to give it to the German security services and police for failing to stop the killers, refusing for years to consider the possibility that the murderers killed dark skinned foreigners simply because they were dark skinned foreigners.

The rest of the Germans have been in shock, realizing that the spirit of the little corporal with the funny moustache is alive and well and consuming fresh beer in Munich.

One commentator dubbed Zschäpe the “ordinary face of evil.” Hannah Arendt is still in great demand in these Teutonic nether regions.

“She appeared in court in smart business attire in an evident attempt to look as respectable as her lawyers and to distance herself from the common notion of right-wing extremists as wearing combat boots and bomber jackets,” the Spiegel reported.

Die Tageszeitung wrote: “Beate Zschäpe … wants to score points by looking bourgeois. With a smart appearance, dyed hair and manicured fingernails. But what’s behind that? Zschäpe knows how to maintain a façade to the ordinary world. She liked going to the local Greek restaurant, made friends on camping holidays and in her neighborhood. Beate Zschäpe showed how living a double life can work. While Uwe Mundlos and Uwe Böhnhardt were recognizably part of the far-right scene, Zscäpe aka ‘Liese’ was always intent on keeping up the façade. She was, in that sense, the U in the National Socialist Underground.”

Die Welt wrote: “Beate Zschäpe herself was never seen near the crime scenes. Her defense team is building its strategy around that fact. But many women in the far-right scene are far from being mere hangers-on or subtle ambassadors of an extremist ideology, they are often radical criminals in their own right, and sometimes more fanatical and violent than the men.”

And Bild admitted: “Evil has a face. An ordinary face. Beate Zschäpe. The trial is about her guilt and her sentence for 10 murders. But it’s about more than that! The crimes of the Nazi serial killers have torn us out of our self-satisfaction. We believed in a Germany without swastikas. We believed the security services had a firm grip on the far right. They didn’t have a firm grip on anything!

German Neo-Nazi Woman Gets Life in Prison for 10 Murders 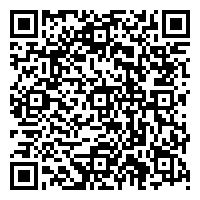