Even people who are closely following the news about the current conflict in Gaza and Israel tend to focus on the rockets, the bombs and the casualties, but few focus on what it is like to race to a bomb shelter, and fewer still consider what it is like inside those shelters, for the lucky ones we make it to one.

Artists 4 Israel, a collective of creative geniuses who approach issues differently than do you or I, saw that gap and have done something quite inventive to fill it. They built a Bomb Shelter Museum, and then they took it on the road.


For those lucky enough never to hear the “Tzeva Adom” (Code Red) alert and have to race to the nearest shelter, the Bomb Shelter Museum provides the opportunity to approximate that situation.

Craig Dershowitz is one of the founders of Artists 4 Israel. He explained to The Jewish Press that the BSM is a multi-media, fully immersive experience that simulates living through a rocket attack in Sderot or Ashkelon or, sadly, pretty much throughout Israel.

The idea occurred to A4I when they visited Sderot during Operation Cast Lead to paint murals on the bomb shelters there. One of the artists was really shaken by the shelters.

Dershowitz explains: “He had always considered the shelters to be safe havens and, after visiting them, he realize that they were traumatizing and fearful places. He wanted the world to experience it. So Artists 4 Israel joined with an installation artist and a lighting artist.”

The artists collaborated and, through a “mind-blowing artistic process,” the Bomb Shelter Museum was born.

The experience starts with the Tzeva Adom going off. People rush into the BSM. Once inside, they watch videos of rocket attacks and hear the screaming and crying all around them. The Bomb Shelter shakes, and smells fill the space. It is a serious dose of the barebones, stark, painful reality.

Maybe it’s the tight space, maybe it’s the loud sounds, or perhaps the darkness combined with the videos and the engagement of various senses, but the combination creates an experience that profoundly affects nearly everyone who goes through it.

“Most people,” Dershowitz explains, “leave the shelter physically affected – some cry, others are ashen, others are weirdly exhilarated. Not with joy, but because they have had an emotional and visceral connection to a truth they had never before considered.”

Lionel Leventhal is the chairman of the board of Artists 4 Israel. Leventhal said one of the animating principles behind Artists 4 Israel, and in particular behind the Bomb Shelter Museum, is that “children should never be collateral damage of a political disagreement.”

“The people who make decisions in this country should understand the reality of living through a Hamas rocket attack against Israel,” Dershowitz explains.

If you think your congressional representatives should get a taste of reality before they pontificate about what Israel needs to do, let them know that the Bomb Shelter Museum is in D.C. You should suggest they visit the BSM, so that they know what reality is like for so many Israelis.

Don’t know who your representatives are? Go to GovTrack.US. Tell them to visit the Bomb Shelter Museum before they presume to cast a vote or make a statement about the Middle East. Or contact your congressional representatives through Twitter, and use #Getintheshelter and @artists4Israel to make sure they are paying attention to this issue. 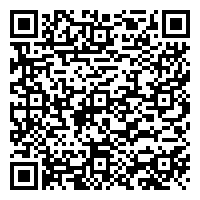