An alleged Israeli spy reached the top ranks of Hezbollah, and allegedly used his power within the group to thwart attacks on Israel.

Hezbollah has put the alleged spy, Mohammed Shorbah, on trial. Shorbah was in Hezbollah’s “910” unit, which plans terrorist operations overseas. At one point he was in charge of security for Hezbollah head Hassan Nasrallah.

Suspicions were raised following Hezbollah’s attack on Israelis in Burgas, Bulgaria. Bulgarian authorities quickly blamed the Lebanon-based terrorist group for the deadly attack, leading the group to suspect that an insider had leaked information.

Hezbollah leaders now say Shorbah leaked information on the attack. Shorbah apparently used his role not to attack Israelis overseas, but rather, to defend them, thwarting multiple attacks between 2008 and 2012.

He is also accused of having helped Israel to assassinate Hezbollah leaders.

According to Arab media, Shorbah hails from southern Lebanon and grew up in a pro-Hezbollah family. He allegedly received over $1 million for working for the Mossad. 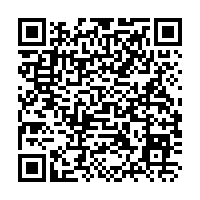