Adolf Hitler’s bodyguard, who claimed he knew nothing about the Nazi extermination of 6 million Jews. Has died at the age of 96.

SS Staff Sgt. Rochus Misch was at Hitler’s side he and Eva Braun committed suicide before the Allies could capture them. Braun, who was his mistress until a quick marriage ceremony shortly before their deaths, died of poisoning and Hitler shot himself. Misch escaped for a short while when the Soviet army took over Berlin. He served nine years in prisoner camps in the Soviet Union before being allowed to return to Germany in 1954.


In an interview with the Associated Press in 2005, he insisted he knew nothing of the Hitler’s Final Solution and that Hitler never brought up the subject when he was present.

He considered Hitler his boss, and said, “He was no brute. He was no monster. He was no superman.”

Misch was born in what now is Poland and joined the SS in 1937 because it was for “the war against Bolshevism.” He later was appointed as one of the two SS men who were Hitler’s personal guards and aides. 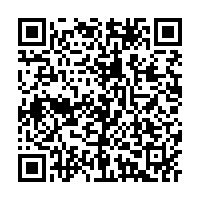