The House on Thursday voted 342-to-80 in favor of a resolution calling to the repeal of the UN Security Council Dc. 23, 2016 resolution against Jews living in Judea, Samaria and eastern Jerusalem, which the US allowed to pass last month by abstaining, rather than voting against it.

Most of the Nay votes came from Democrats, including Keith Ellison (D-Mn), who is in the running to head the Democratic National Committee. It can be safely assumed that, should Ellison, in his role as DNC leader, introduce agenda items in the spirit of UN resolution 2334, this could cause a serious rift within the party.


Illinois Democrat Jan Schakowsky said she voted against the condemnation of the UN anti-Israel resolution “as a proud Jew,” and Rep. Luis Gutierrez (D-Ill.), one of the lone Republicans who crossed the aisle on the measure argued that “this Congress has allowed our chamber to be used as an Israeli campaign rally.”

House Speaker Paul D. Ryan (R-Wis.) told the House that the resolution “was about one thing and one thing only: Israel’s right to exist as a Jewish democratic state.”

The Senate is expected to vote on a similar anti-2334 resolution soon, especially since the new minority leader is the fervently pro-Israel Senator from NY Chuck Schumer – who led the Democrats who opposed the Obama administration’s Iran deal.

A few senators would like to punish the Security Council for its relentless attacks against Israel by both defunding the United Nations and withholding foreign aid from countries that supported the 2334. Earlier this week, Sen. John McCain (R-Ariz.) proposed the US start punishing the UN by defunding its Human Rights Commission, which features among its members some of the world’s greatest human rights offenders.

The Republican Jewish Coalition released the following statement after the House vote:

“Today’s vote was an important first step to reversing the damage caused by President Obama’s actions toward Israel, most recently by not defending Israel at the United Nations. Now, President-elect Trump and the GOP majorities in Congress mark a new direction, one of rebuilding the important bonds between the two countries.

“The overwhelming support for this resolution shows that there is a strong commitment to fighting back against the UN’s persistent targeting of Israel. As President-elect Trump has signaled, the time has come to reevaluate U.S. funding of the U.N. and let them know we will not stand by their anti-Israel policies.” 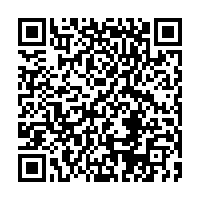