The sweet little town (population 120,000) of Reykjavik, you see, is itself disregarding – that is, violating – an international agreement. How? The Israeli boycott just passed by a majority of these Reykjavikers violates the World Trade Organization Agreement on Government Procurement, as international law expert Eugene Kontorovich explained to the JewishPress.com.

The revised rules governing the WTO went into effect in April, 2014. Both Israel and Iceland are among the first ten parties who signed the revised WTO.

The very first principle of the WTO treaty is one of “non-discrimination.” This principle requires treaty parties to treat the goods and services of any other party no less favorably than it treats its own domestic goods, services and suppliers, or that of any other parties.

But we’re not done yet.

The WTO also spells out its requirements for parties to the treaty regarding procurement. And guess what? The treaty forbids “rules of origin” to goods or services from another party that differ from those it applies to its own goods or services.

In fact, the basis for the WTO Agreement is to foster international trade and to avoid “discriminat[ion] among foreign suppliers, goods or services.”

And, oh yes, the WTO Agreement for Iceland also covers municipalities, Kontorovich pointed out, as clearly stated in its own Appendix I, Annex II.

Would there actually be any impact of the illegal Reykjavik boycott of Israel? Well, in 2013 the value of imported goods from Israel by Iceland was approximately 720,000,000 Icelandic Kroner, or about $5.6 million dollars worth. How much, if at all, the municipality of Reykjavik purchases from Israel is unknown, but likely very little. The City Councillors noted the act was mostly a symbolic one.

But the audacity of this self-righteous collection of busybodies who are so dim they endanger their own nation’s participation in the WTO is worth noting and reviling.

Israel, of course, would be within its rights to bring an action under the WTO Agreement against Reykjavik for violating the clear rules of the Agreement.

With such a slam dunk, we’re expecting to see some action by the Israeli government. Those who sit on their rights tend to lose their rights, as the saying goes.

Perhaps Knesset Member Gilad Erdan, who was recently given a pile of money to deal with the BDS (Boycott of, Divestment from and Sanctions against Israel) Movement, will bring an action against Iceland for its blatant violation of the WTO.

In the meantime, most Americans contribute to Iceland primarily through tourism, which is Iceland’s biggest industry. In 2013, approximately 120,000 Americans passed through Iceland’s Keflavík international airport. Just thought you should know. 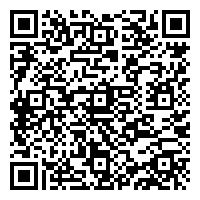