Israeli security forces and soldiers lifted a gag order Monday and revealed they have arrested a Palestinian Authority terrorist cell from Samaria that carried out shooting attacks and a firebomb attacks in the past several months.

They attacked Israeli motorists near Kedumim, located three miles east of the Karnei and Ginot Shomron communities in central Samaria.

The terrorists’ rifle was confiscated during the arrest.

No one was injured in the attacks. 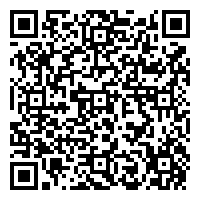