IDF officials warned this week that between 600 to 1,000 Da’esh (ISIS) operatives in the Sinai Peninsula are now “partnering” with Gaza’s ruling Hamas terrorist organization.

In a graphic posted to the military service English-language blog online, the IDF confirmed Hamas support for Da’esh is wide-ranging.

Hamas transfers money for the terrorist organization, trains and teaches its fighters, assists with communications and also provides medical care when necessary.

Those services are provided via the cross-border smuggler tunnels that snake below the surface under the Gaza-Egyptian border.

Hamas was created by the outlawed Egyptian Muslim Brotherhood terrorist organization, which is bent on overthrowing the Cairo regime of President Abdel Fattah el-Sisi.

Former Muslim Brotherhood-backed Egyptian President Mohammed Morsi was ousted after only a year in power; more than one million Egyptians rose up to protest against his rule, which followed the chaos of the Arab Spring. 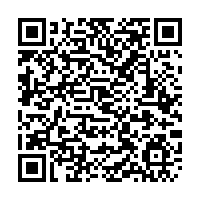