The IDF has denied an Arab report that Israeli military forces killed a 13-year-old teen from the Palestinian Authority during clashes with Arab attackers in the northern Jerusalem suburb of A-Ram on Tuesday.

According to a military source, there were no IDF troops in the area where Palestinian Authority officials claim the teen was killed.

The Palestinian Authority Ministry of Health reported the death following a claim by Ramallah Hospital director Ahmad Bitawi, who said the teen was killed by a bullet to the chest.

The source of the bullet was not made clear, however. Guns are traditionally fired by Muslims to celebrate weddings and other happy occasions, usually at night.

In addition, blood feuds, dishonor issues and other disputes are usually settled with guns in that culture as well.

Nor is it unusual for Arab officials to try and blame an Arab death on Israeli forces, regardless of location. 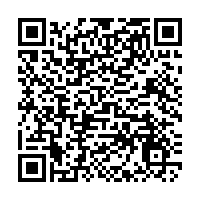