Israel Defense Forces entered the Palestinian Authority village of Kober in the wee hours of Friday morning, where a search began to hunt for a possible accomplice in the terror stabbing attack on three Israelis in the nearby Jewish community of Adam.

Security personnel began arresting suspects and searching the village, a suburb of the Palestinian Authority capital city of Ramallah in Samaria, along with carrying out a search at the home of the 16-year-old perpetrator, Ahmad Tareq Yosef Abu Ayoush.

The village was also home to the teen terrorist who butchered the Salomon family in Neve Tzuf one year ago.

Thursday night’s terrorist killed one man and wounded two others, stabbing them repeatedly before he was shot and killed by one of his victims. 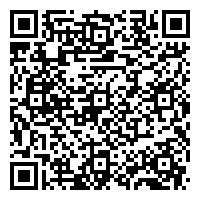