They spotted the terrorist after hearing a noise and sighting suspicious movement. After the soldiers identified the infiltrator, who was wearing a kefiyah, as a terrorist, they tried to arrest him.


The terrorists continued to approach the security force, and soldiers shot him in the lower parts of his body, causing light injuries.

They found a knife on him and later discovered a shotgun.

Neguhot is unusual in that it is located in the middle of “Area A,” which is under full control of the Palestinian Authority.

Southern Hebron Hills Regional Council chairman Yoachai Damri said that it was “miracle” that the theorists did not succeed in wounding and murdering residents. 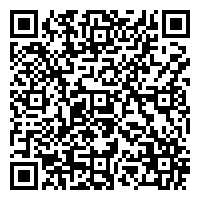