A wanted Palestinian Authority terrorist was killed in a shootout with Israel Border Police and soldiers  in front of his home near Shechem, in northern Samaria, Monday morning.

The IDF surrounded the home of wanted Fatah member Zakaria al-Akra, 24, early Monday and began damaging the walls with gunfire and a bulldozer in order to make him come out Al-Akra fired on the soldiers, injuring two, and was killed in the shootout. Security forces found weapons inside the house.


Al-Akra was accused of shooting and injuring an Israeli soldier a few weeks ago.

The death comes less than a day after a 12-year-old Arab was killed by Israeli soldiers during a riot near Hebron.

The Palestinian Authority officially in charge of security in major cities, such as Shechem, but when it comes to hunting down terrorists, especially those from the Fatah movement headed by Mahmoud Abbas, the IDF geos into action.

If Palestinian Authority forces were to do so, Abbas’s life would be even more in danger.

He also has no reason to order a crackdown on terrorists since the Obama administration gives him credit for it anyway. 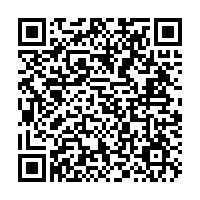