The next batch of new immigrants – “olim”- from the United States is scheduled to land at Ben Gurion Airport Tuesday morning, and 108 of the 338 newbies are planning to enlist directly into the IDF.

The charter flight by the Nefesh B’Nefesh group will fly 37 families, including 107 children, all of whom will be greeted by Israel’s new President, Reuven Rivlin, Jewish Agency chairman Natan Sharansky, among other officials.

Aliyah form the United States and Canada is co-sponsored by the Jewish Agency and the Ministry of Aliyah, the Jewish national Fund (JNF) and the “Tzofim garin Tsabar” movement that oversees the enlistment of olim ready to start out their lives in Israel as soldiers.

New York Yankees president Randy Levine treated 40 of the prospective new soldiers to a baseball game as a going-away present. 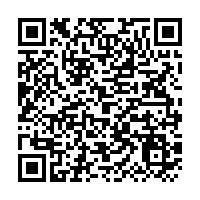