Israeli soldiers killed a Palestinian Authority terrorist who was attacking them with an explosive device early Wednesday morning.

Border Police had finished arresting suspected terrorists when they spotted Ezzedine Ghora, 23, preparing to hurl the improvised bomb at them. It was not clear if the terrorist died from IDF fire or from the explosive device, which blew up.

One loves (willing) to meet Allah, Allah loves meeting him.

Jenin is in “Area A,” where the Palestinian Authority is supposed to be responsible for tearing down the terrorist infrastructure.

Foreign media, such as Reuters reported Wednesday morning’s incident with the usual claim, this time by “hospital officials,” that there had been no confrontation, just like Gaza Arabs trying to attack the IDF at the security fence actually were playing soccer. 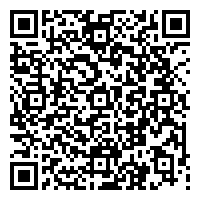