Police and the IDF are conducting a massive manhunt Thursday for one or more Palestinian Authority Arabs who tried to gun down Jewish drivers in Samaria Thursday evening.

No one was injured in the attempted murders, but bullet shells were found in the area of the Doar Junction in the Binyamin region.


Despite the use of live fire, rocks still remain a popular way to terrorize drivers in the hopes of causing a fatal accident, as happened in the past. One of the favorite rock-throwing spots continues to be the village of Azoon, on the road between Kfar Saba and the communities of Ginot-Karnei Shomron and Kedumim in Samaria. Several rocks damaged passing cars on Thursday, but no injuries were reported.

The IDF frequently beefs up patrols around Azoon but usually only after attacks.

In Hebron soldier stopped an Arab driver near the Jewish community in the city and found a sub-machine gun and ammunition. The man is being questioned by security officials. 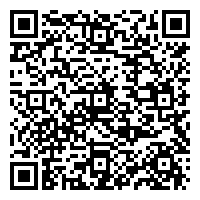