A special letter from the Israel Defense Forces arrived in the headquarters of the Yad L’Achim anti-missionary organization this week in response to a complaint filed by the group.

The letter was sent two years ago after it was learned that 300 officers and soldiers from the army’s most elite units had been bused to an event that included a missionary pitch by an American preacher.

Yad L’Achim appealed to the defense minister and IDF chief of staff, calling for an investigation into the event, demanding to know who authorized taking the uniformed soldiers from their base to a missionary event. More important, who would assure that it didn’t happen again?

IDF Chief of Staff Lt. Gen. Gadi Eisenkot sent a letter upon assuming his post last year assuring Yad L’Achim “that the incident is being investigated by commanders in order to prevent a recurrence.”

Yad L’Achim followed up and learned that the missionaries were planning to hold another event for soldiers this past Sukkot.

Rabbi Chanoch Gechtman, who has been coordinating Yad L’Achim’s campaign to protect soldiers from missionaries, immediately turned to the IDF upper echelons with the information. The rabbi attached to his letter a copy of Eisenkot’s commitment and sought urgent clarification.

A few days before the event was scheduled to take place, Rabbi Gechtman received a call from the army assuring him that no soldiers would participate.

Last week, the IDF Manpower Agency finally made it official in a letter, clarifying that the orders had been forwarded to all IDF units: Accepting invitations for soldiers to participate in missionary events is absolutely forbidden. 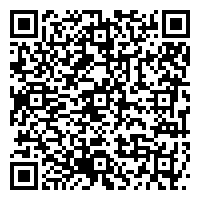