IDF fighter pilots attacked a Hamas military post in northern Gaza Monday evening in response to a rocket attack launched against southern Israel on the Jewish holiday of Simchat Torah, earlier in the day.

Despite the fact that no projectile managed to reach Israeli territory, IDF radar picked up the launch and its trajectory in the direction of southern Israel.

The siren sent residents scrambling for cover, since communities living in those areas have only a 15-second window of time within which to reach to reach a safe space before any projectile launched from Gaza explodes within their area.

The military threat and disruption of community life in Israel – not for the first time and likely not for the last – is what prompted the retaliation by the IDF.

Defense Minister Avigdor Liberman told the Al Quds newspaper in the Palestinian Authority that although Israel has no interest in re-taking Gaza, nor does the Jewish State want another war, if necessary, Israel will do what it must if necessary.

“We would destroy them,” Liberman told Al Quds. He added that Hamas is engaging in self-destructive behavior that is to the detriment of its own people.

“In recent years, Hamas has spent at least half a billion dollars on military infrastructure in Gaza,” Liberman noted.

If the terrorist entity were to stop its rocket attacks, arms smuggling and construction of terrorist tunnels – all activities geared towards another war with Israel – the Israeli government would be the first to lift the blockade and assist with building a seaport, airport and industrial zones in the region.

But to rebuild that trust, Liberman said, “there must be three years without Israeli victims.” 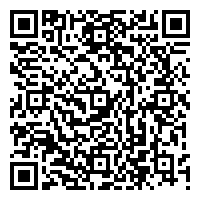