The IAF shot down the drone with a Patriot surface-to-air missile for the second time this week. Israel’s military last used the Patriot missiles for defense purposes 20 years ago, during the Iraq War.


The Izz a-Din al-Qassam military wing of the Hamas terrorist organization that rules Gaza took responsibility for launching the Ababil (Persian for “swallow”) A1B drone, saying it was sent to “attack a target deep within Israel.”

Ababil is an Iranian-produced UAV developed for tactical reconnaissance, short/medium range attack and as target drones. Blogger David Cenciotti wrote in an article posted on The Aviationist, “The aircraft depicted in the footage released by Hamas carries four AGMs (Air-to-Ground Missiles) even though it is almost impossible to say whether they are real weapons or just mock ups.”

Cenciotti said Hamas claimed on Twitter that its drone had carried out three missions over Israeli military bases and a mission over the defense ministry, “but the fact the drone didn’t use any of the on board weaponry seems to suggest it does not have a real capability to use it. In other words, even if we can’t rule the possibility that Hamas’s drones can use their air-to-surface weapons, it seems that it carries four missiles it can’t fire.”

Three days ago at 6:34 am, the IDF intercepted what journalists initially believed to be another missile.  But what looked like a rocket turned out to be the first drone launched from Gaza, filled with explosives and equipped with a camera. The explosion from that interception, which took place in the south over Ashdod, was heard in central Israel, as far away as the Jerusalem suburb of Beit Shemesh. It triggered air raid sirens, in fact.

Hamas terrorists boasted that they sent the drone to photograph the IDF’s military headquarters in Tel Aviv, the Kiryah, and had received the intelligence they sought.

Hamas has fired at least 105 rockets, missiles and mortar shells at Israel since 3 pm Thursday afternoon – the hour at which the five hour humanitarian cease fire officially ended. At least 85 of the rockets exploded in Israeli territory and 20 were intercepted by the Iron Dome anti-missile defense system.

The “cease fire” was respected only by Israel in any event; Hamas shelled the Eshkol Regional Council district about two hours after the start of the period in which a ‘calm’ was to be respected in order to allow Gaza civilians the ability to walk about freely to repair their homes and local infrastructure, and to allow shipments of food to the area.

After Hamas launched its massive battery of attacks, the IDF targeted approximately 30 terror targets in Gaza, including 10 concealed rocket launchers and a weapons factory. The IDF also attacked 11 terrorist tunnels. 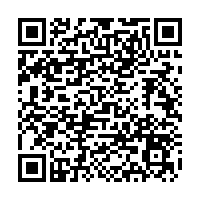