IDF soldiers are out every night hunting homemade weapons “factories” and terrorist cells in Judea, Samaria and Binyamin as terror attacks on Israelis continue to escalate on the roads and around Jewish communities.


The detainees are wanted for involvement in terrorist activities, violence against civilians and security personnel, and disturbing the peace.

In addition, the Menashe Brigade tracked down a cache of homemade weapons parts and a quantity of weapons, which they transferred to security forces. 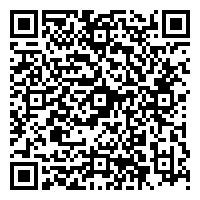