The IDF has authorized soldiers to open fire and shoot to kill any person who presents a threat on Nakba Day – the word in Arabic meaning “catastrophe” or “disaster” – and marked by Palestinian Authority Arabs and some of those in Israel to lament the rebirth of the State of Israel.

Palestinian Authority terrorists in Gaza threatened Jews in Israel via a video message posted online this weekend, saying “The last date for a safe return to your home countries is midnight on May 13…. Your Zionist army can’t protect you. Your men will be arrested and taken away by the International Criminal Court at The Hague. Your women and children will be paraded in DP camps under United Nations rule. Your money and property will be confiscated to compensate refugees and immigrants. This is your final warning.”


The threat was delivered by a narrator with a deep voice, set to menacing background music with a photo of a crowd that looked like it was running away from a thunderstorm. However, as scary as all was supposed to have been, the video was narrated and written in Arabic, with a written Hebrew translation. Assuming it was targeting recent Jewish immigrants (“safe return to your home countries”) this would have been lost on the vast majority of its audience in any case, since many Jewish immigrants are unable to read Hebrew that fast or that well, and fewer understand Arabic.

Once again, Hamas is wasting precious resources on terror rather than spending good money on its most important resource: its own citizens.

Regardless, Israeli security personnel have been ordered to shoot to kill if they or others – face a threat on Nakba Day. 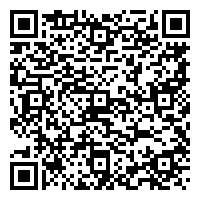